Posted on Friday March 17, 2017
Warning: This post is over a year old. The information may be out of date.

Hack 24 is here once again! I'll be participating as a hacker, and live-blogging the experience of the weekend.

Tempted to kind of live blog @HackTwentyFour tomorrow as the event goes along on https://t.co/GHQ475h9Jh

Which was met with gifs of approval:

Well, that does it, I'll just have to live blog as I hack.

I'll preface the live blogging by saying, me and my team have very little idea what we're doing this year, we've done next to no planning (unlike previous years - this is year 3 for me, 3 for 3 so far) and will most likely start the day like so: 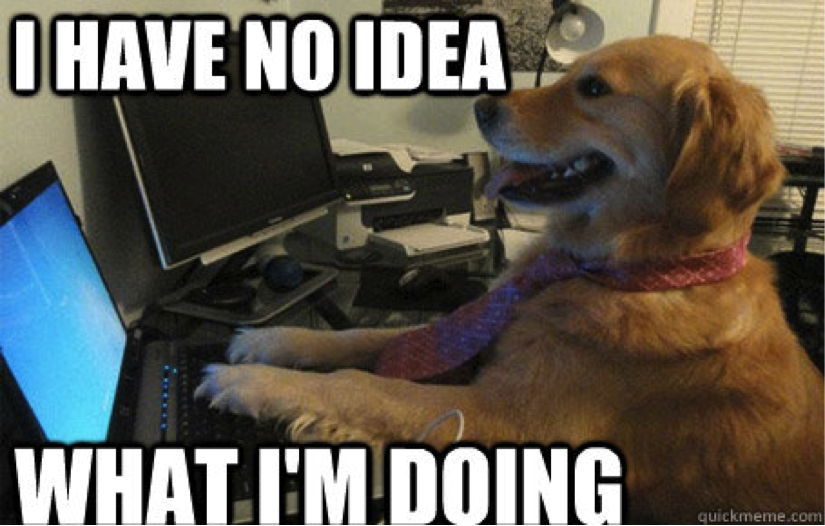 So, it's Friday, my bag is packed for the weekend and I'm once again glad I booked Monday off work, and the event hasn't even started yet!

Keep checking back here, I'll timestamp the updates and entries. Expect gifs, thoughts, tired ramblings and observations from the event over the course of the weekend!

At the train station, caught up with Hodgy and grabbed a drink before meeting Will and catching the train to Notts. Met a lovely chap on the train called Ben who's also on his way to Hack24 and saw the Hack24 hoodie I was wearing (from last year)

Orange juice, croissant, fruit - breakfast and some initial planning for what we're going to do. Still no real clue! 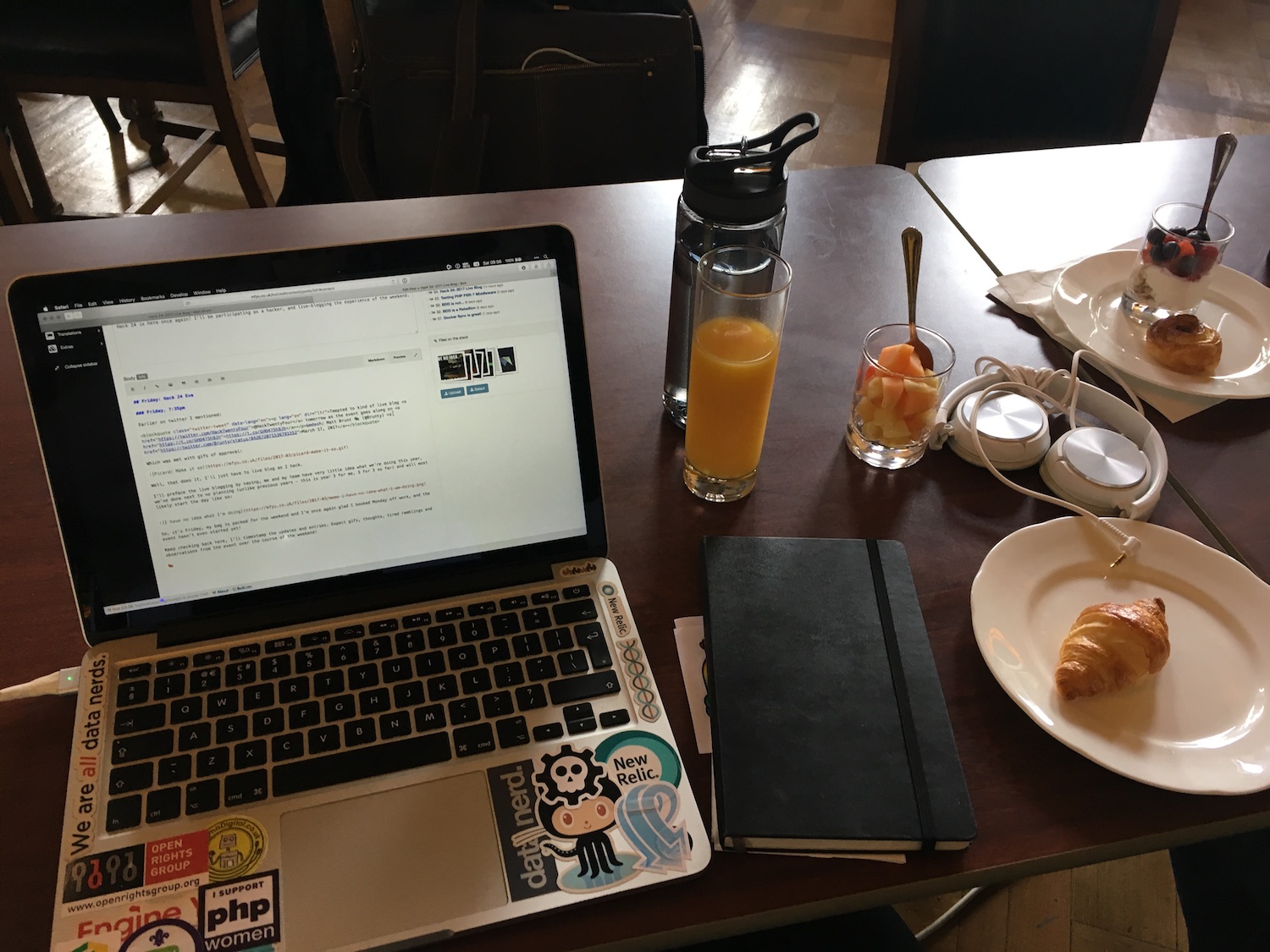 WHAT ARE WE DOING? WE DON'T HAVE AN IDEA. HELP. LESS THAN 2 HOURS UNTIL WE START.

Okay, let's at least get a project workspace setup...

These are just some of the buzzwords we're saying to try and inspire ourselves on what to do.

I have more stickers! 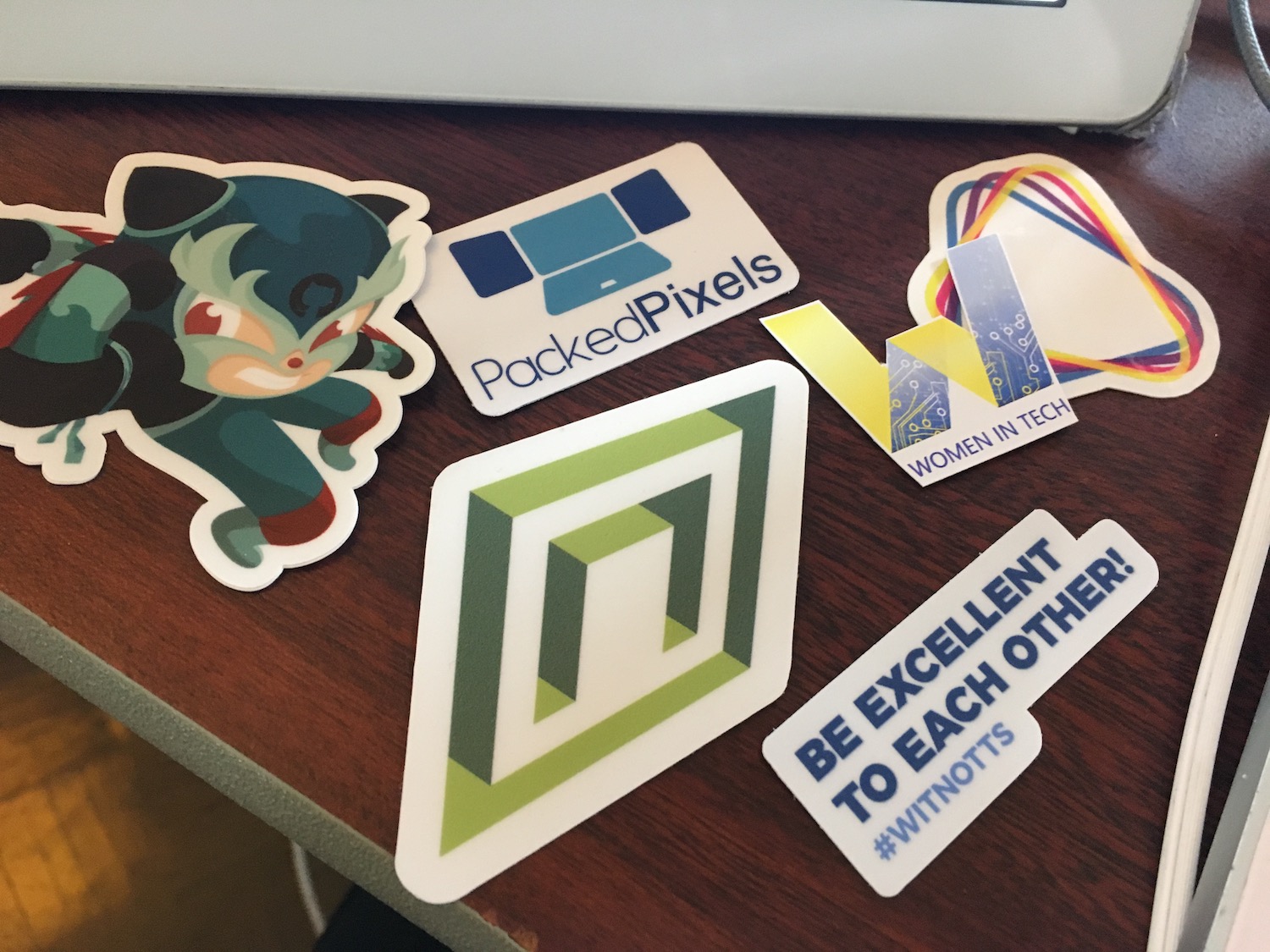 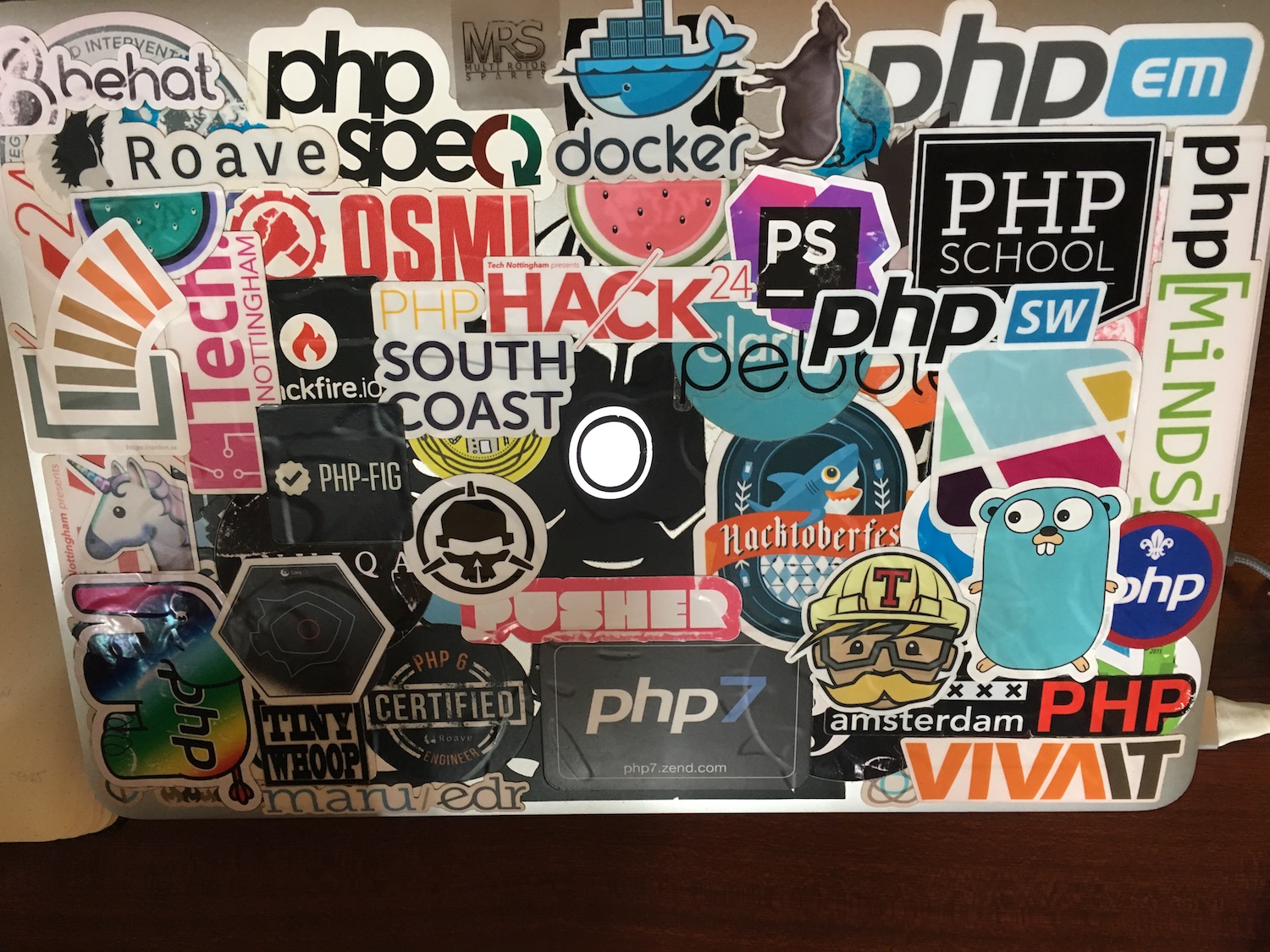 Also, the room is filling up now! There's a nice buzz here :) 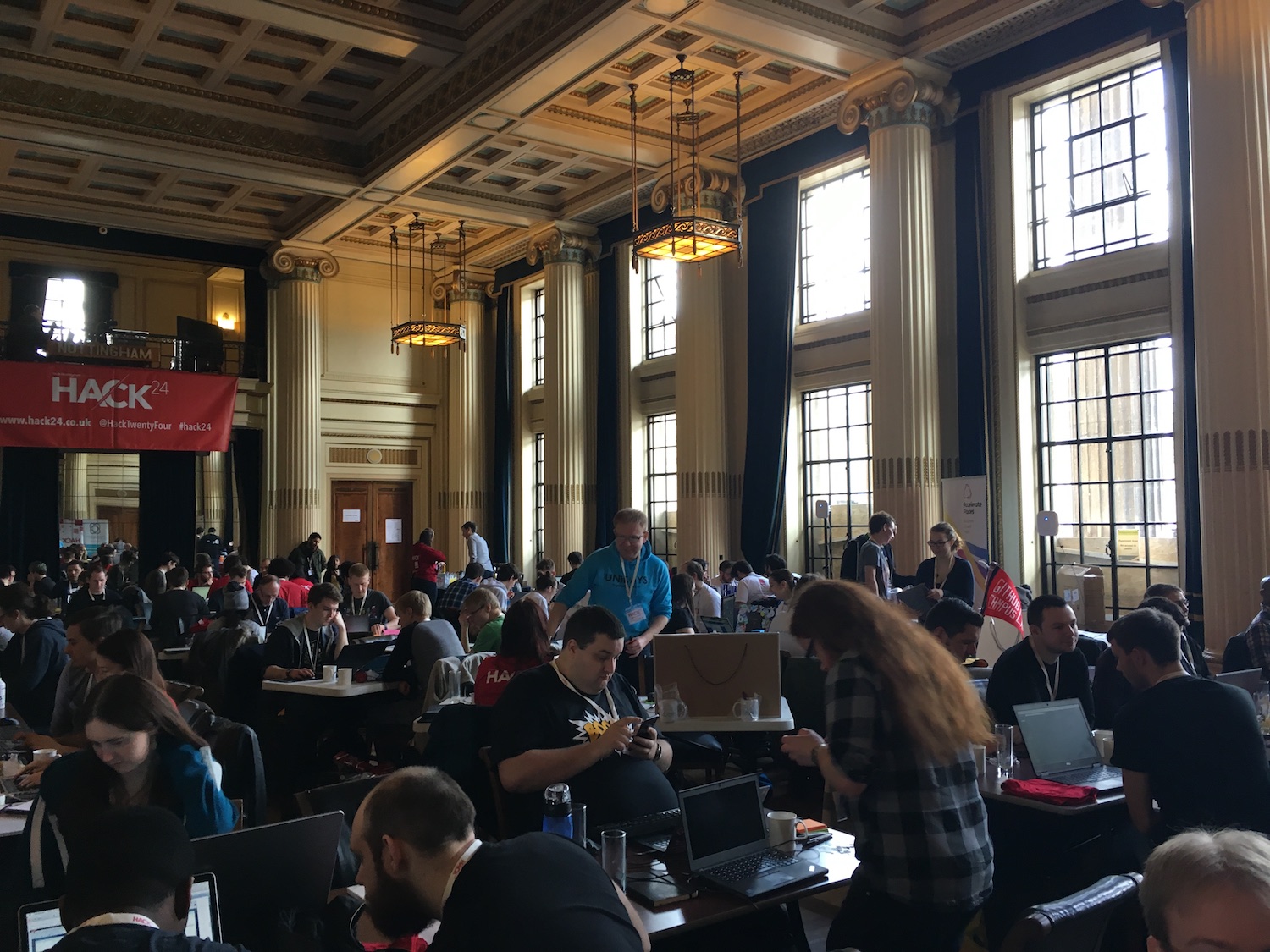 1 hour until we start hacking...

We have an idea. Phew.

The legend that is Andrew Seward takes the stage! #minifistpump 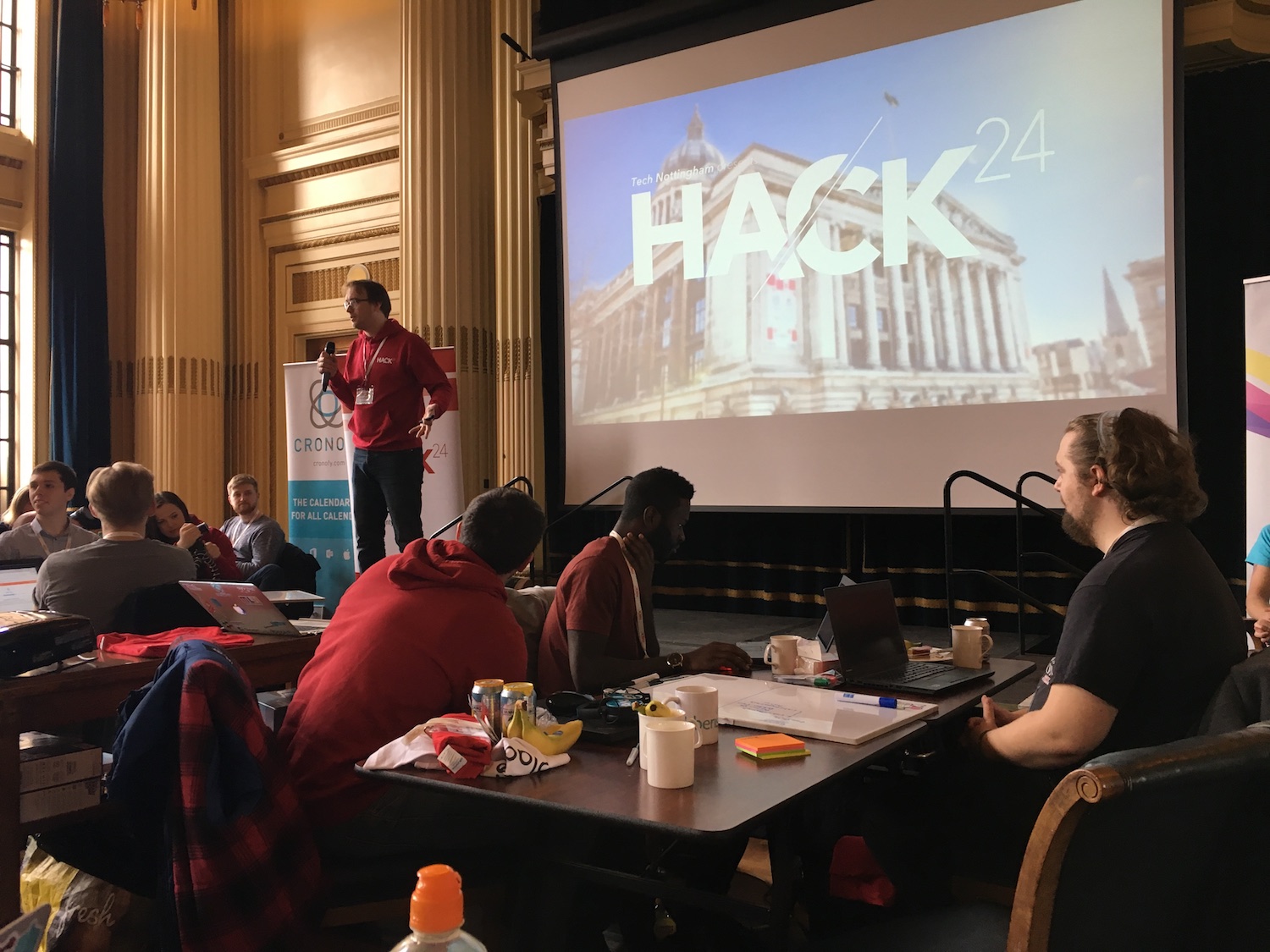 "We'll get through this..." words for the weekend I feel there. 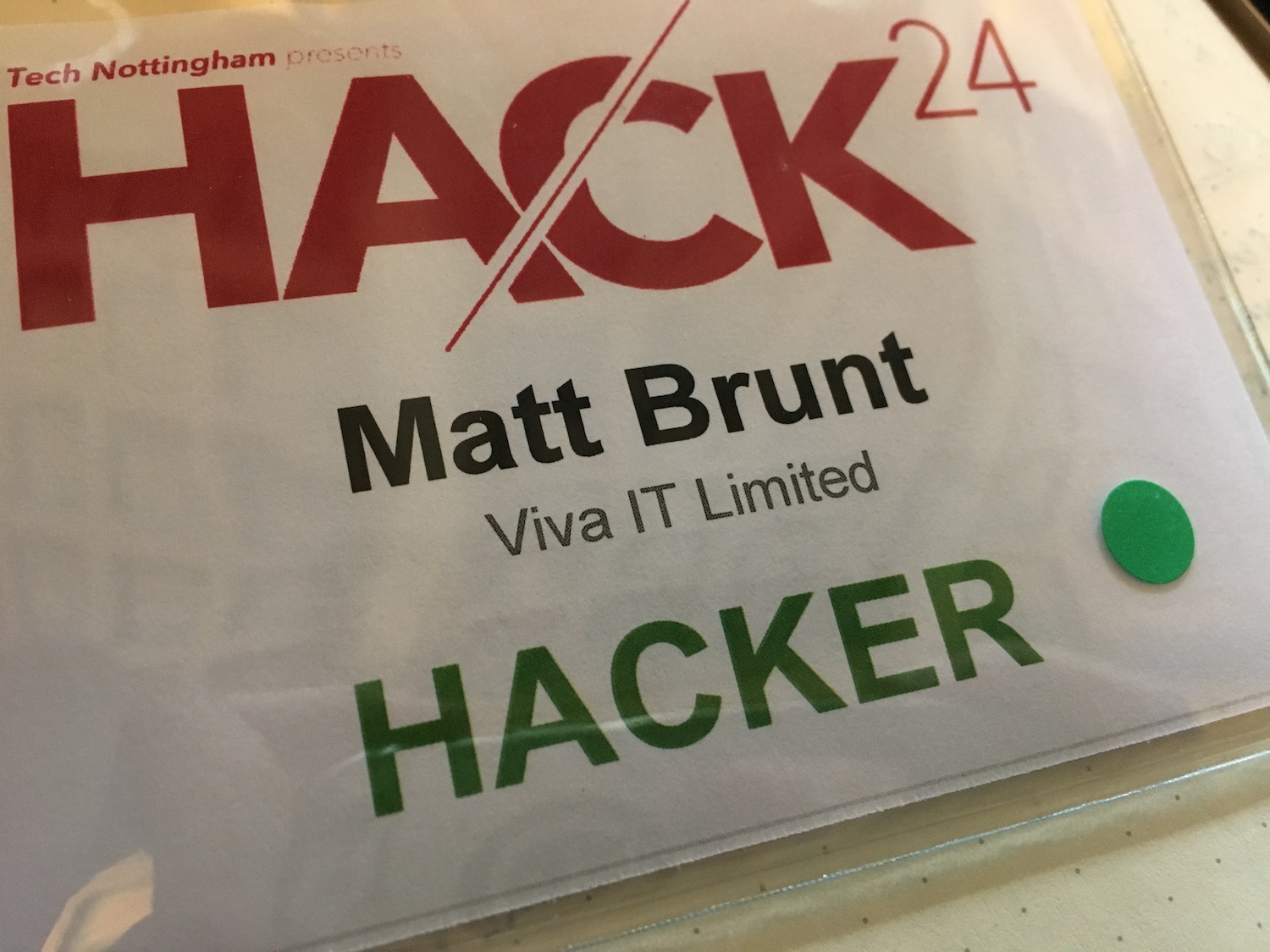 DON'T CROSS THE BEAMS! Fire talk from Andrew there.

Did some user journey mapping to work out what it was we were working towards and how we'll get there with the features we're building into our idea.

I think we have a clearer idea now.

Time to get to work.

Initial connection to an API we're using made, seems to be working. I insulted Donald Trump through it and it came back with what I'd expect. So that's good.

Hacking has been going well so far. 2 hours in, we've got responses from the API we're talking to,

We also have an Elder Internet Wizard on our team, surely we can't fail?! 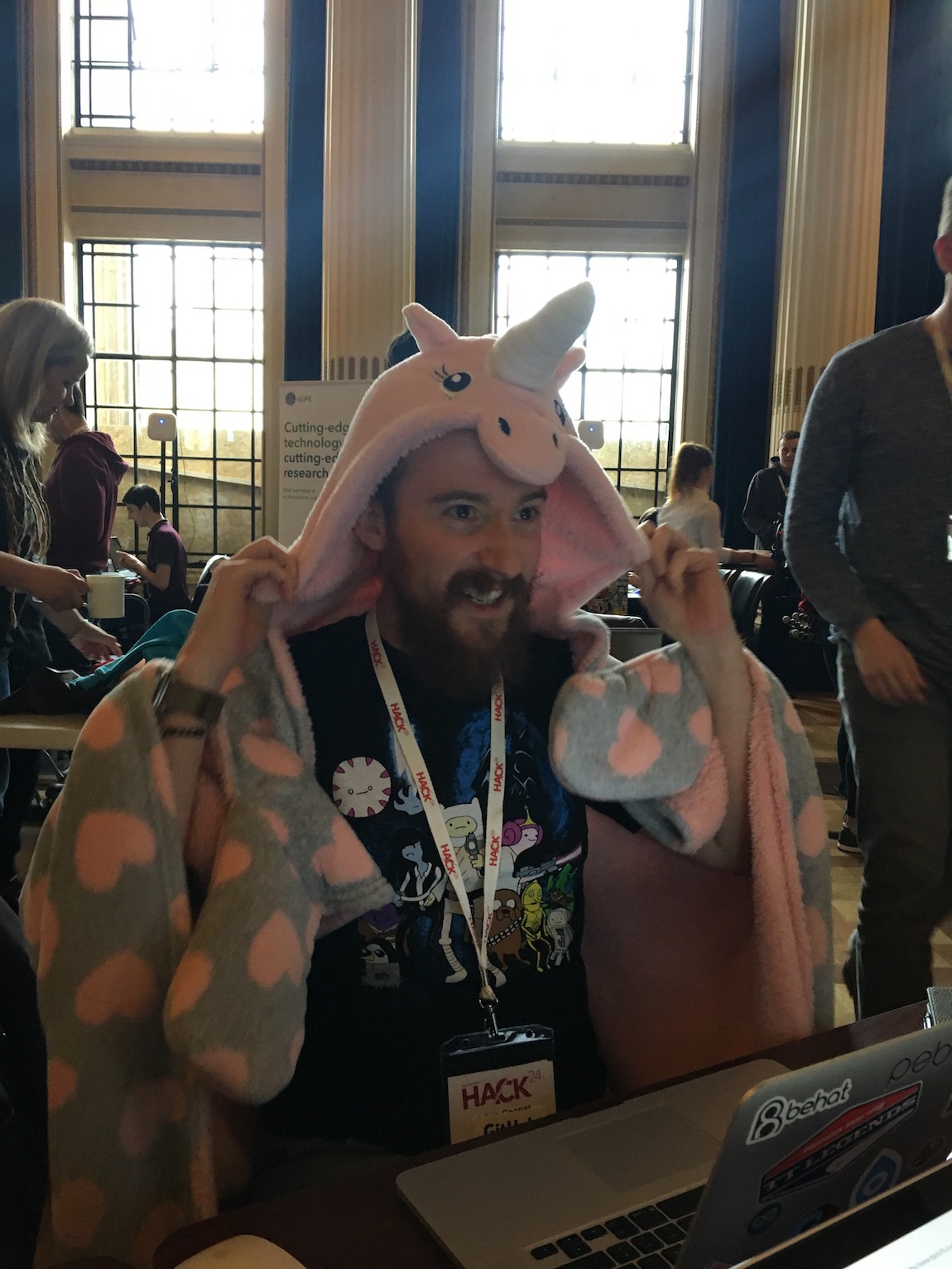 The food at Hack24 is always good. No stereotypical beer & pizza here!

Though, the potato salad was hiding mustard in the dressing. Eww, mustard! 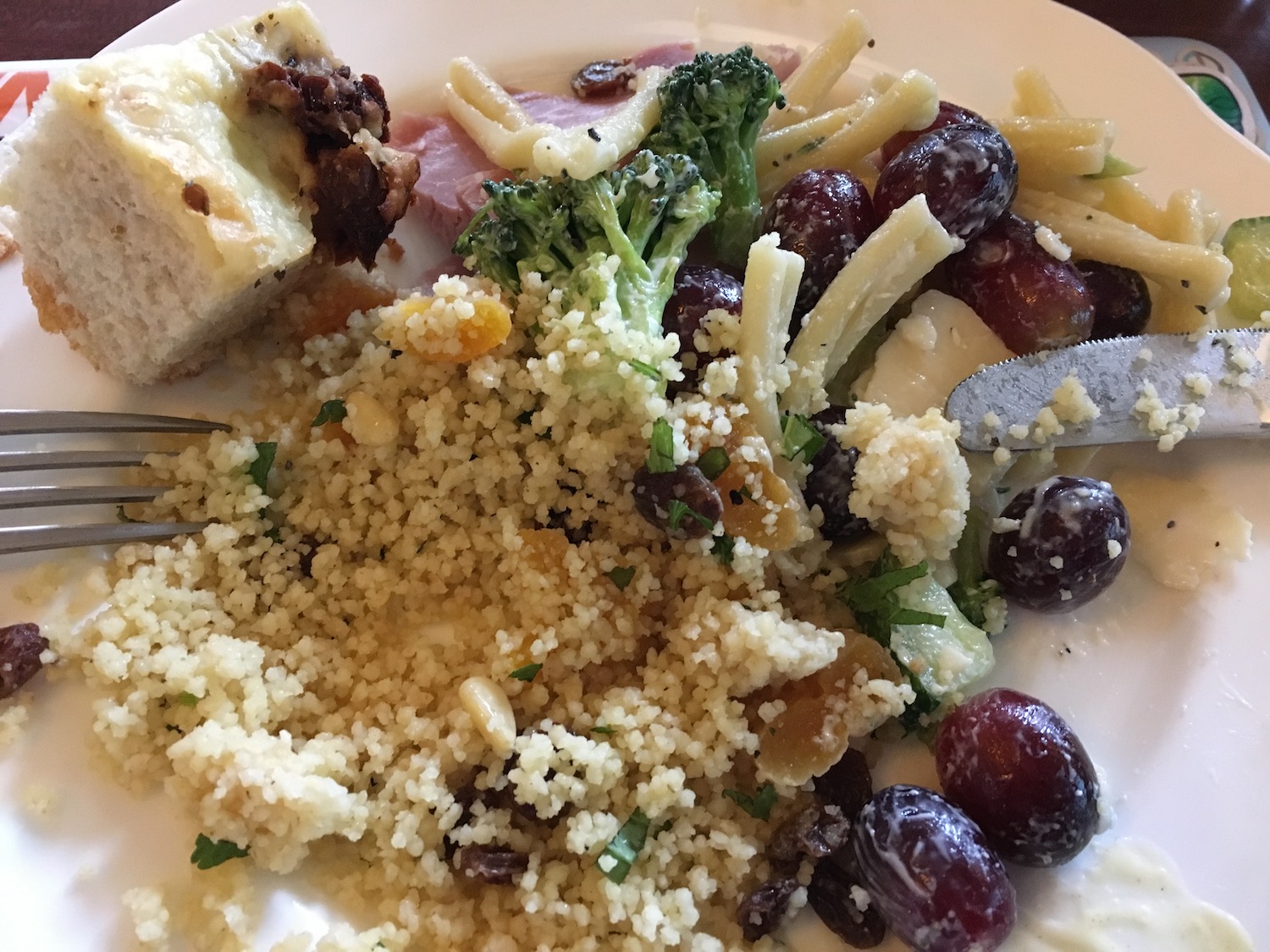 Having a hot chocolate, my word it's good.

Also testing parts of our app with the Twitter API, apparently I haven't mentioned Donald Trump on there. That's good.

During the hacking, I've quickly updated my website to handling linking to sections in this entry, meaning I'll be able to link more directly to updates as I post them. Click the heading "Saturday 15:55pm" above to see :)

We're getting results back from the API, we're talking to Twitter nicely, (we even have specs written in phpspec) - things are looking good (for now...)

I got a super-cool-new-GitHub sticker thanks to the fantastic Amy Dickens! 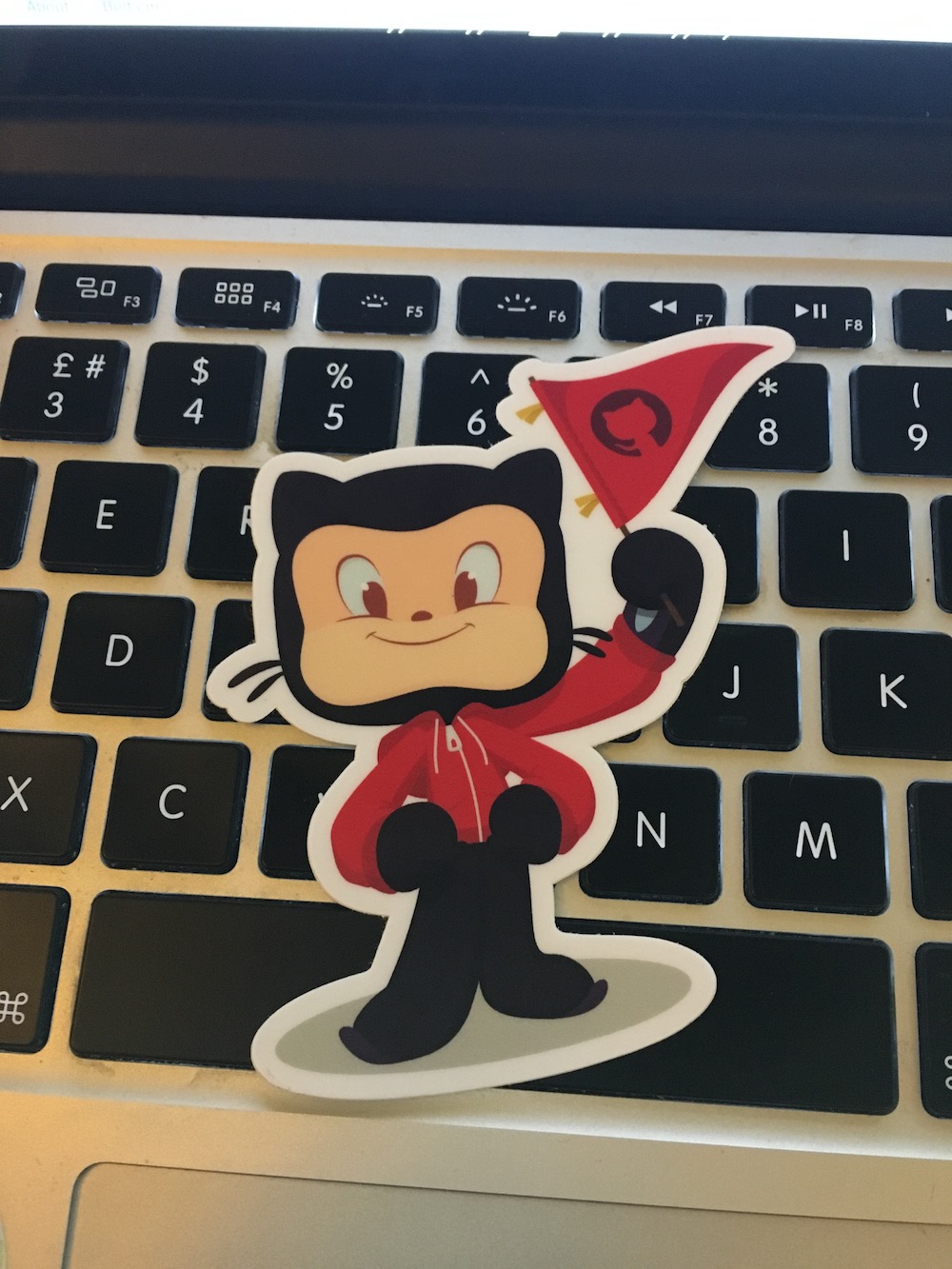 Listening to my SkaPunk playlist and have just had our system tell me I'm objectively negative about PHP :/

I hate node. And yarn. And webpack.

GOT DOKKU AND NODE AND YARN AND WEBPACK WORKING.

Jeeves, bring me my paintbrush and a canvas!

Entertainment was amazing, as always. I still maintain that Andrew could fall back on a career as a game show host if the being-awesome-with-tech thing doesn't work out for him.

Now, time to poke Twitter's API and see what I can do to get some info that we need.

Came back to my laptop and Gaz had installed MULTIPLE Nicolas Cage image replacement chrome extensions...

I don't even know anymore. I'm so tired I can't even feel my face.

It feels like there's more of a buzz in the main room than there was at this point last year.

App is deployed (with Docker, bonus nerd points, right?!) and working with the Twitter API. I keep hitting rate limits. It'd be even worse if we weren't caching things so heavily in Redis.

I don't want to jinx it, but I feel like I've got my second wind. At around 3:30am I was ready to fall over. Then by 4:15am I was cranking through code and got some nice things completed for our hack. 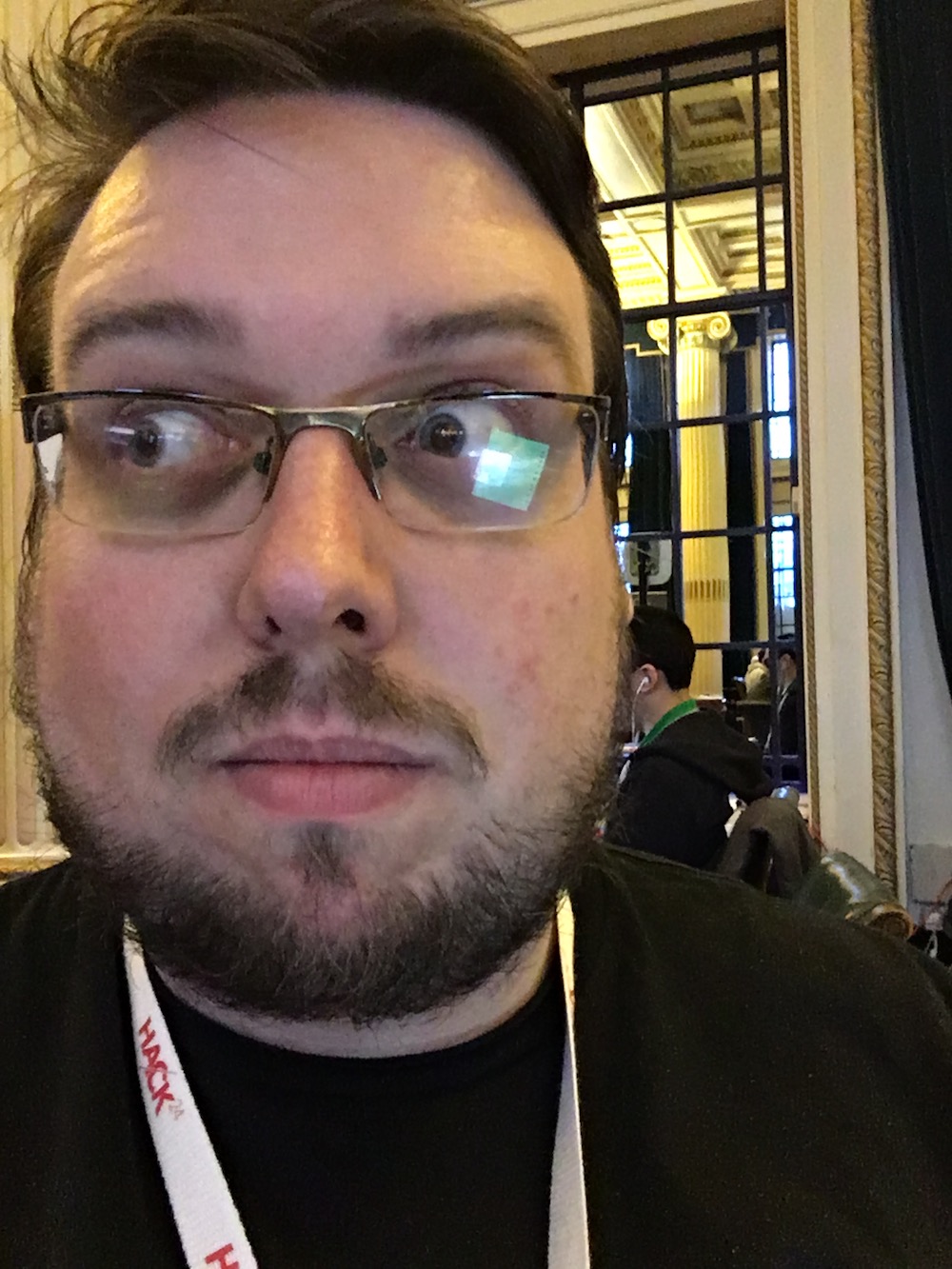 At that point where I'm tired again.

So tired that random parts of my body hurt.

Went for a little sleep. Might have been a mistake as now I feel dazed and confused! 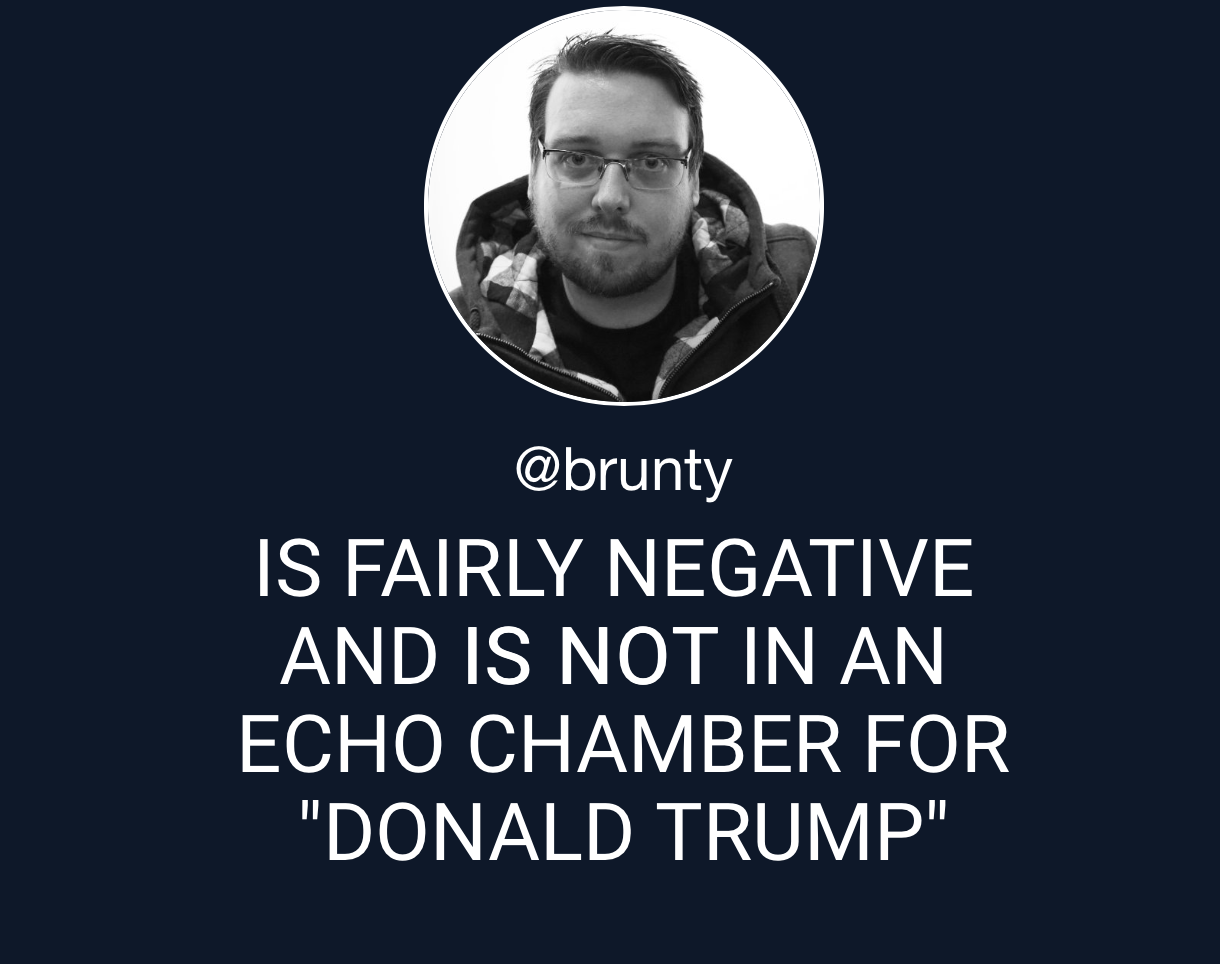 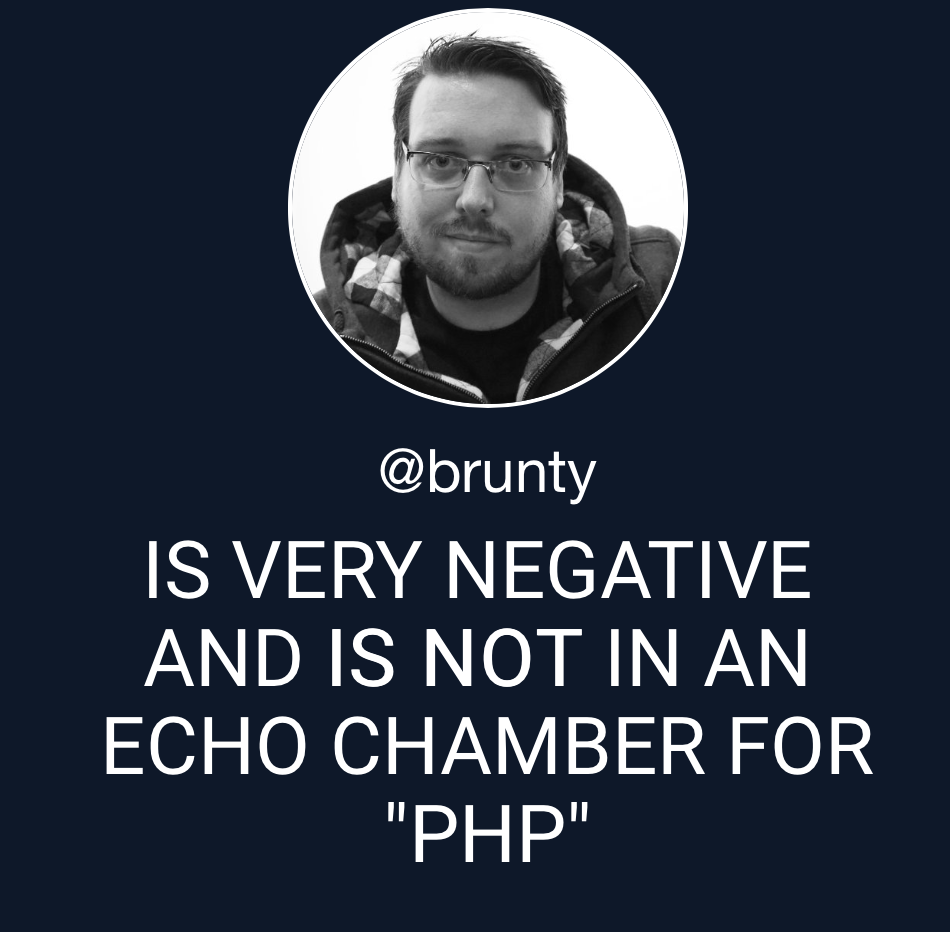 So, into the last hour - our app works, we've been working on what to do in our video, and what we need to do to demo it.

Time to source music, sound effects, and work out how to use iMovie (again)

Initial parts of our video are shot - we have a stop motion section at the start, then a quick demo at the end.

We still need to record a voiceover for it and upload to YouTube, but then we should be done!

We've entered the @AccelerateNttm and @MyUNiDAYS challenges, the entry was inspired by "Lost in the Echo" by Linkin Park (aww yeah, teenage angst)