Tweeting paid for my PlayStation 5

I'd previously set up an If-This-Then-That (IFTTT) integration with Monzo to put 20p into a pot every time I tweet. I'd locked the pot until mid-November.

Then the PS5 pre-orders opened, and the release date in the UK was November 19th, 2020. My pot would unlock just before this - neat!

I set the pot and integration up in May, and decided I'd let it run for 6 months in a locked pot. I was unsure what I'd do with the money at the time, but I figured I'd either find a use for it or just put it away for a rainy day.

Based on my tweeting frequency (yes, I have a spreadsheet...) I'd be saving around £70 a month at 20p per tweet.

Could I just put away £70 a month into the pot at the start of the month? Absolutely! But where's the fun in that?!

Also my "You tweet too much" @monzo pot that I started a few months ago was set to unlock on Nov 15th. At this rate it'll have just enough money in it for the #PS5, woo! https://t.co/NtZoK63vvH

After I tweeted about the pot unlocking and potentially paying for it, a friend even helped me increase my contributions! ;)

I always set it up with the goal of "I'll find something to use it for, micro-saving isn't really noticeable day-to-day, but over time it adds up! Now, it'll buy me a new console!

Also thanks for helping me save another 20p! :P

Lol! I am happy to contribute to the cause!

Topics that have helped me save:

I got into home automation (specifically with Home Assistant) during lockdown. It's been a fun journey connecting different systems together that previously weren't able to communicate with each other.

Hacktoberfest this year was a bit of a nightmare to put it lightly. I was fairly critical of what was happening at the start of October (though thankfully I wasn't impacted).

Maybe I should update the title of my pending blog post to be "Tweeting about #Hacktoberfest paid for my PlayStation 5" pic.twitter.com/G2nZlO7ozP

Mostly I left the anti-mask-wearing, pandemic-denying, selfish covidiots alone. But one day I saw someone tweeting (to a friend of mine) 100% false and incorrect information and saying it was from the World Health Organisation - so I tweeted them up-to-date sources, citing all the information that showed they were wrong. I never did get a source from them that backed up the things they were saying. I find myself rapidly growing tired of the post-truth era we find ourselves in.

Composer is a package manager for PHP, and changed the way developers both work with, and release code for others to use. Gone are the days of downloading ZIP files and extracting without knowing if things are compatible. The team released Composer 2 in October which was a great achievement!

Composer changed PHP for the better, congratulations and thanks to the awesome folks behind it for the amazing work 💖 https://t.co/4mhL02a7RS

£15 a month for a shiny metal card that will mostly stay in my wallet as I use Apple Pay where I can? Sign me right up!

But in all seriousness, as you can see from some other blog posts in this site with regards to Monzo, I love them. Yes they're a bank, but their app with the various features it has changed the way I managed my income and outgoings. So I'm happy to support them a little. I already had Monzo Plus, so Monzo Premium was an upgrade I was happy to have. I know not everyone is a fan, but that's fine. I like it.

Nothing much to say here, the hipster grain is nice, but gets stuck in my teeth too much. My friend James also uses Monzo and IFTTT to save money when he tweets, apparently it's worth the 5p to him to tweet about how to pronounce it. "Kwe-noah" because we say so.

So while social media is awful, and the internet is generally a giant dumpster fire, at least something good has come of it all for me. #SelfishHappiness 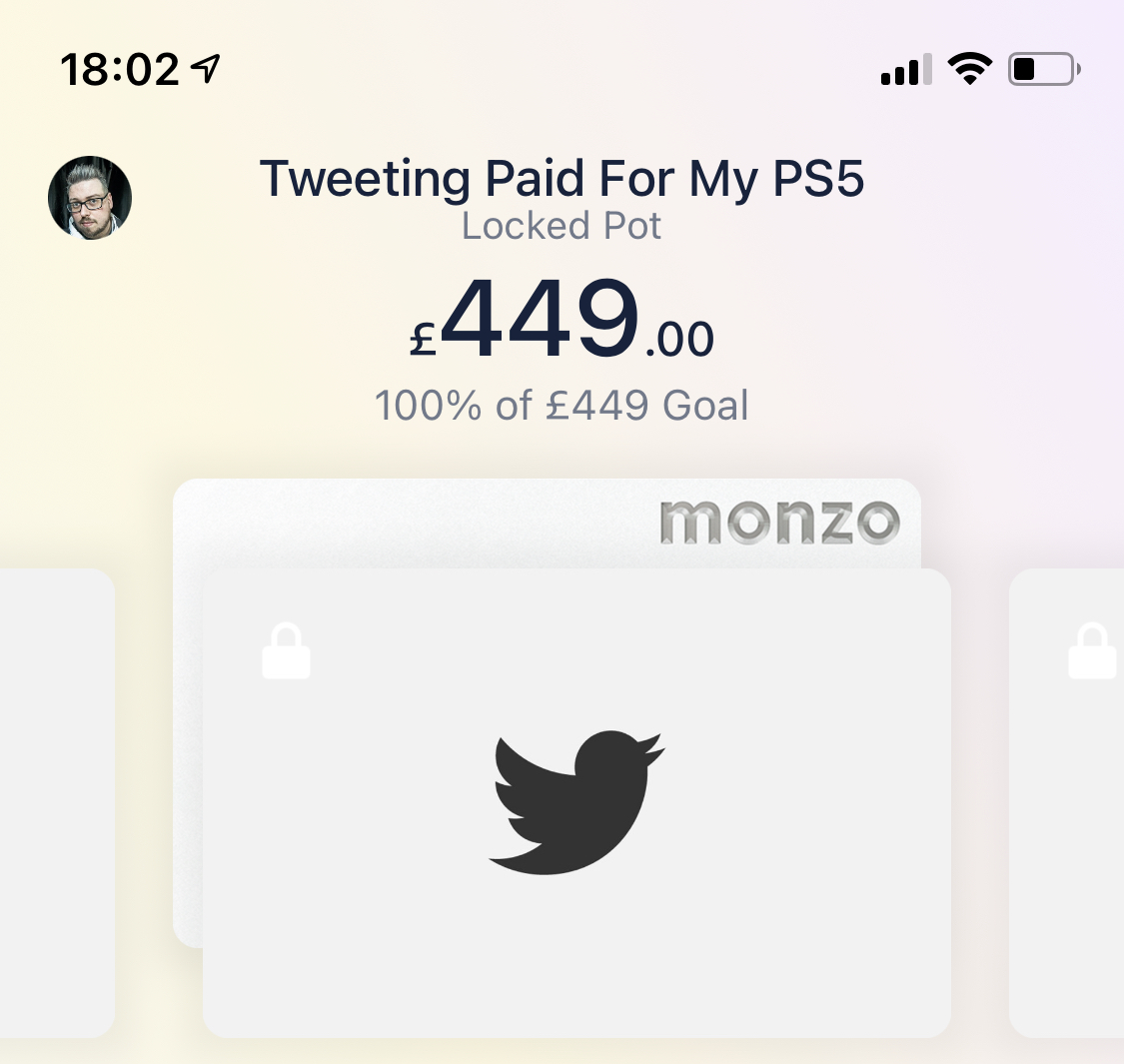 Disclaimer: I am a Monzo investor